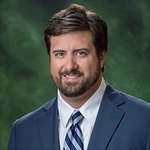 Born in Americus, Georgia and raised in Prattville, Alabama, Pittman graduated with a Bachelor of Arts degree in Political Science with a concentration in Law from Auburn University in 2003.  He went on to law school at the Cumberland School of Law at Samford University in Birmingham, Alabama.  Upon graduation from law school, Pittman accepted a position as an Assistant District Attorney for the Richmond County Judicial Circuit under District Attorney Ashley Wright.  He served the public in that capacity from 2008 - 2012, prosecuting felonies in Richmond, Burke, and Columbia Counties.  Additionally, he prosecuted misdemeanor offenses in Columbia County, served on the Drug Court Team, and acted as Juvenile Court Prosecutor.

Pittman left public service in 2012 to open his own practice.  Focused on DUI, Criminal, and Family Law he practices in counties throughout the State of Georgia, in both State and Federal Courts.  He has handled hundreds of criminal cases ranging from DUI's to Murders with successful results as both a prosecutor and defense attorney.

If you have been charged with a criminal offense or DUI or are in need of a Family Law attorney Pittman's experience and skill both in and out of the courtroom are an important asset in your fight for justice.

While this website provides general information, it does not constitute legal advice. The best way to get guidance on your legal issue is to speak directly with a lawyer. To schedule a free initial consultation, please call (706) 250-1316, or complete the intake form below. Virtual consultations are available!

Thank you for reaching out to Morris Legal Team. Your message has been successfully submitted, and one of our team members will get back to you as quickly as possible.

Please complete all required fields below.

If you're facing divorce and/or a child custody dispute, let Morris Legal Team fight for your family. Contact us today to schedule a free consultation with an experienced attorney!

You only have 30 days after a DUI arrest to fight to keep your license to drive. You have to request an Administrative License Suspension hearing (ALS hearing) or your driver’s license could be automatically suspended for up to a year. Call your DUI Defense Team today.